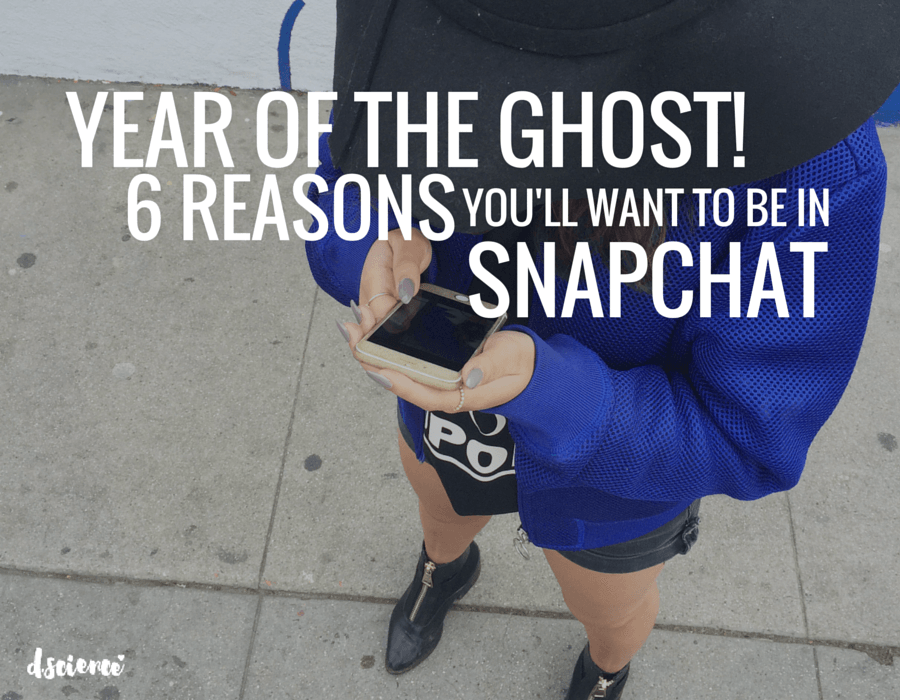 Year of the Ghost! 6 Reasons You’ll Want to Be in Snapchat 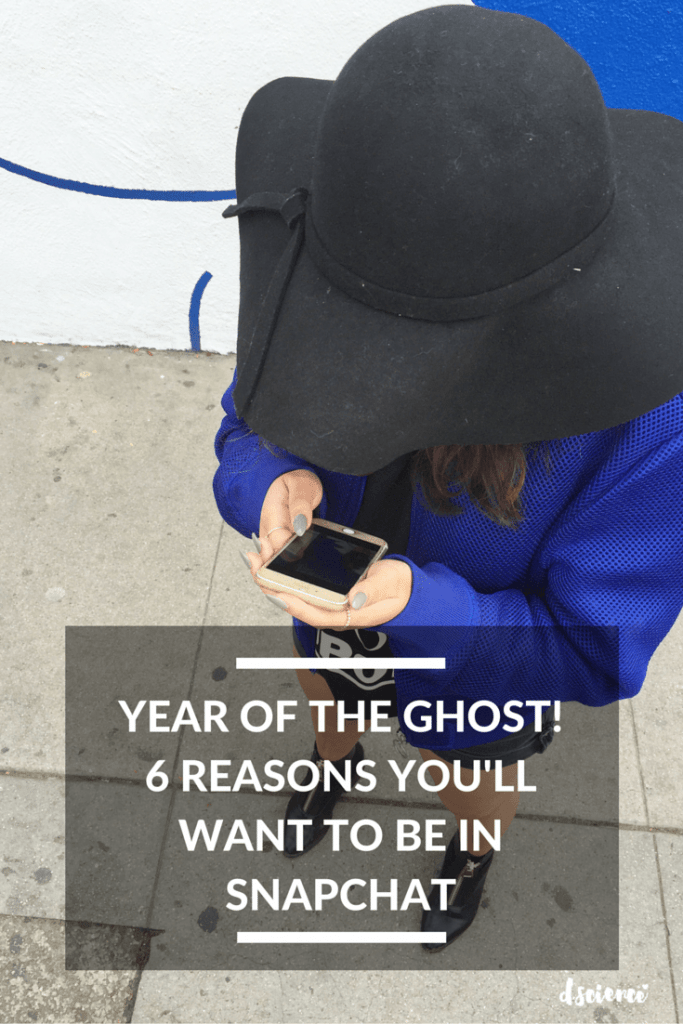 Every year or so, a new social media takes precedent.

Every year a social media shows significant potential for marketing and building your audience. I’ll be honest, I’m not the first in any platform. I usually let others do the work for me… I mean that I wait for the market to show a clear competitor, and then I’ll check out the new social media.

Snapchat isn’t new by any means. However, 2016 is going to be the ghost’s year for influencers. Well, at least it’s the beginning.

It’s ALWAYS easier to build your audience when a platform is relatively new as opposed to tried and true.

This is exactly why I have 600 fans on Facebook, but 8,000+ on Instagram. Facebook is too mainstream now, and it’s getting harder and harder to build an audience without making it rain hundred dollar bills on Mark Zuckerberg.

I’m making a move this year—I’m really focusing on my Snapchat account.

2015 was all about Instagram, and after racking up 8,000+ followers in half of a year, I’d say that I was successful. Now, Instagram is just a habit for me. I don’t think too much about posting and taking sweet pics, I just do it.

2016 is all about Snapchat. I was right on the mark last year, so I anticipate great results with my new Snaps.

Here are 6 reasons why I think the little ghost is going to rock it in 2016 (and you’ll probably regret not jumping on board now!)

One of the things I love, is that the content is complimentary.

I see Instagram influencers posting their Snapchat handles in their accounts and descriptions all the time. Right now, the audiences and demographics are similar. Thus, when you post something saying that you’re on Snapchat, a good amount of your followers promptly leave Instagram, navigate over to Snapchat, and add you. They literally go out of their way to add you as a friend.

You certainly won’t be seeing that happen on Facebook.

I’m sure you know this by now… but mobile devices have become an extension of ourselves. We have our phones on us all the time and use them constantly.

Mobile isn’t stopping anytime soon. And the platforms that are native to mobile are the future. Natively mobile apps and social medias are going to become much more prevalent in the future than desktop apps. Instagram and Snapchat are some of the first successful majority platforms.

Just to be honest, I tend to do things selfishly (like many people!). I see a tremendous amount of room and leverage for brand/influencer partnerships on Snapchat. They’re already happening! When you jump on a new trending platform and build an audience, you have leverage that big brands are looking for.

Essentially, the newer platforms are holding attention (users are spending greater than average amounts of time on the platforms). Brands know this, and are looking to show impressions of their brand or product natively where there is real attention.

People like ShonDuras are rocking both spectrums. I was lucky enough to meet Shon at an Advertising conference in Manhattan. He’s leading an incredible audience of Snappers, and has gained some serious attention from big brands like RedBull.

#4 It’s Where The Attention Is

The Millennial generation and the teens are on Snapchat. Almost everyone I know has a Snapchat account. It’s cool, it’s fun and everyone loves sending short messages to each other.

You get a small glimpse into the everyday hustle that is each Snapper’s life. Gary Vaynerchuck has been rocking Snapchat’s ability to show his moment to moment hustle.

If you’ve spent time in Snapchat, you know that the messages disappear after 24 hours. This creates a FOMO (fear of missing out) effect that keeps attention on the platform. After all, if you don’t see it now… you may never see it!

The time sensitivity in Snapchat keeps users engaged in the content.

Part of me just loves this platform because you can draw little icons, messages, write things or grab emojis and place them on your photos. I think it’s bringing an entirely new level of creativity to the market.

I’m betting on Snapchat this year, and I think I’ll be getting some incredible results! Though you may not find out until my end-of-the-year report next year 😉

Jump in, find me on the ghost, and let’s connect! @ecspinelli