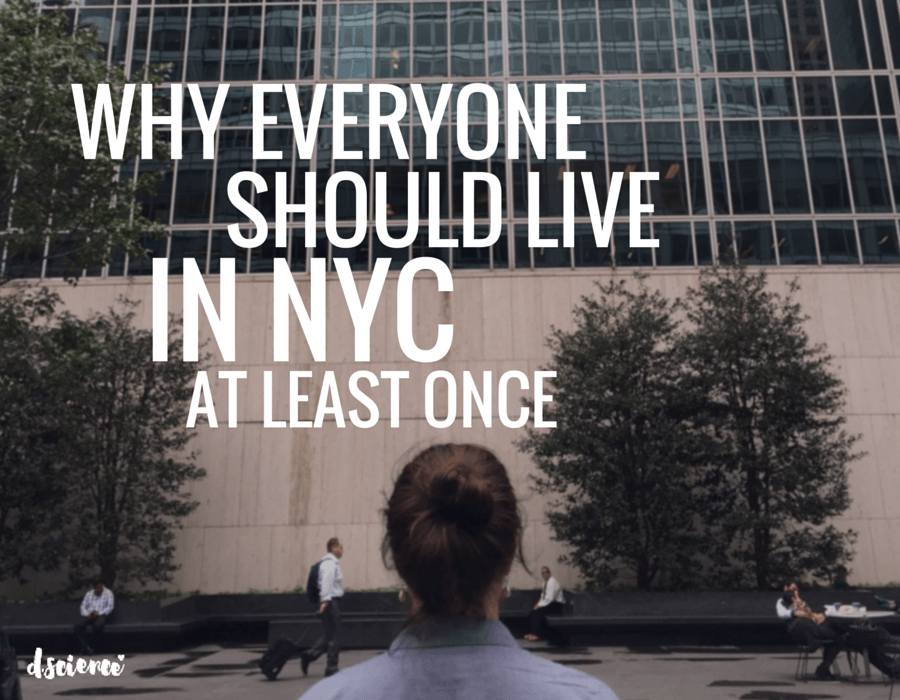 Why Everyone Should Live in NYC, at Least Once 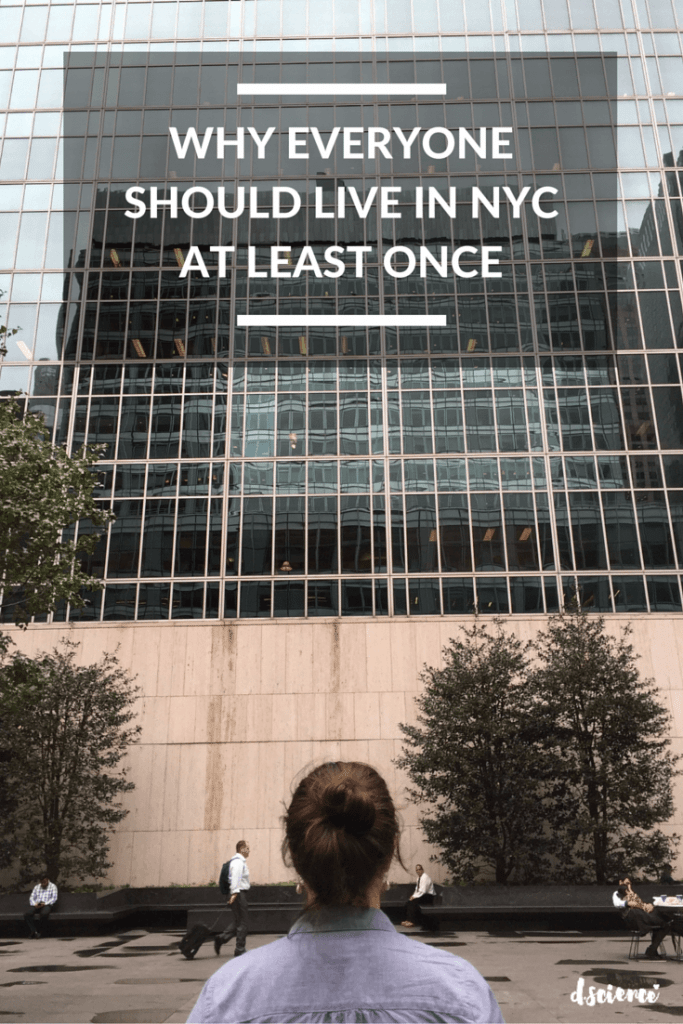 New York is the city of dreams.

It’s known for catapulting people into success, and simultaneously has a reputation of “the destroyer.” But mainly people look to New York to define them and help them become who they are.

When I told my friends I was moving to the Big Apple, I received mixed emotions. For example, “You’ll get mugged” came up a surprising amount. Everyone and their mom offered me advice for relocating to a city that “chews you up and spits you out.”

I listened… for a little while.

Here were some beliefs. And might I add that most of the “advice” came from people who have spent less than a fortnight in this glowing metropolis, or from those that lived there 30 years ago.

• No-one looks out for you

• It’s survival of the fittest

• You’ll have to live an hour away to afford housing

• It’s not a small town, like you grew up in, you won’t be able to handle it.

• You HAVE TO compromise

These silly (yes I say silly because the many of them are old wives tales) concepts kept me from moving to NYC earlier. If I were to do it all over again I would move there for college or just after.

The point is, that everyone will tell you not to chase your dreams. They’ll find reasons why your ideas aren’t valuable or sound. And that’s just life. Not everyone is going to agree with you. But you still MUST follow your heart.

If I had let people get into my head, and didn’t move to the Big Apple because it was “dangerous” I never would have experienced all the joy, friendships and experiences that I loved!

New York City is incredible. It is indeed the place where dreams are built.

You see, the reality is that everything lives there.

From the multi-billionaires in beautiful penthouse suites that overlook Central Park, to the underground homeless community that lives in abandoned subways and everything in between.

New York has something to offer for everyone.

Whatever experience you’re longing to create is here for you.

New York changes people. It’s not in a bad way—the city just makes people more of what they are, similar to money. It’s a know thing that more money, just makes you more of who you already are.

So, why live in New York?

Simply, because, you’ll find yourself.

If you’re in a great mindset, this is the place of dreams.

However, if you’re battling with yourself, you’ll see that reflected all around you.

Growth (personal and spiritual) happens at (at least) 10X rate in the big “bad” city.

There are so many challenges, circumstances, events, attitudes and behaviors confronting you on a regular basis. Some people just REALLY don’t understand boundaries.

That’s pretty typical for living in NYC. Expect your boundaries to be tested frequently… daily…. 10X/day. It happens. And it can be very challenging.

I remember just feeling like “how can someone just not get the social cues!?” Alas, that’s life. Some people just don’t get it. And you can’t blame them for testing your boundaries—after all, it’s not their responsibility to look after you.

So, you get accustomed to stating boundaries, regularly. It’s healthy. In fact, I think that’s a great asset that more people should learn. Yes, I had many challenging communication experiences. But it didn’t stop me.

These experiences made me more of who I am. They made me stronger.

Boundaries are great. And I’m proud that I can state them clearly and precisely when I need to.

People are here to learn from, and New York will teach you everything you need to know (imho).

Just don’t become jaded. Don’t think that life is a series of boxes you have to fit in. There’s a lot of that in NYC. If you’re skeptical, the city can make you hard.

For me, it made me clear and precise with who I am. It made me define who I wanted to be.

I had the time of my life in the big bad city, and made friends that will be with me for life. I had amazing experiences from watching a homeless man put on a comedy routine for me, to being gifted Ad Week tickets to see Seth Godin in person.

Everything that can happen that you’re seeking in your existence will happen here. It’s beautiful.

Want to become a larger version of yourself? Want to learn who you really are? (for good or not) this place will show you.

If you find yourself constantly running into non-ideal situation in NYC, then change your outlook and manifestations. It literally just accelerates whatever you already have. Most of it, is creating a mindset of success.

It was terrific for me, and now this is just me. But seriously, I recommend you spend at least 6 months in this magical city 😉

Have another location that you think everyone should live once? Let me know in the comments!