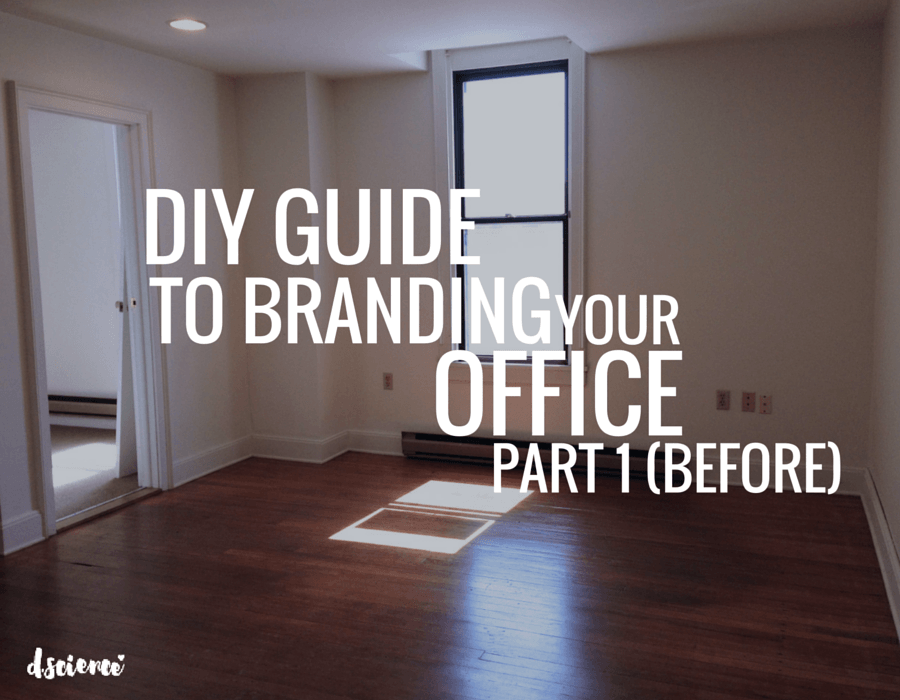 The DIY Guide to Branding Your Office: Part 1 (BEFORE) 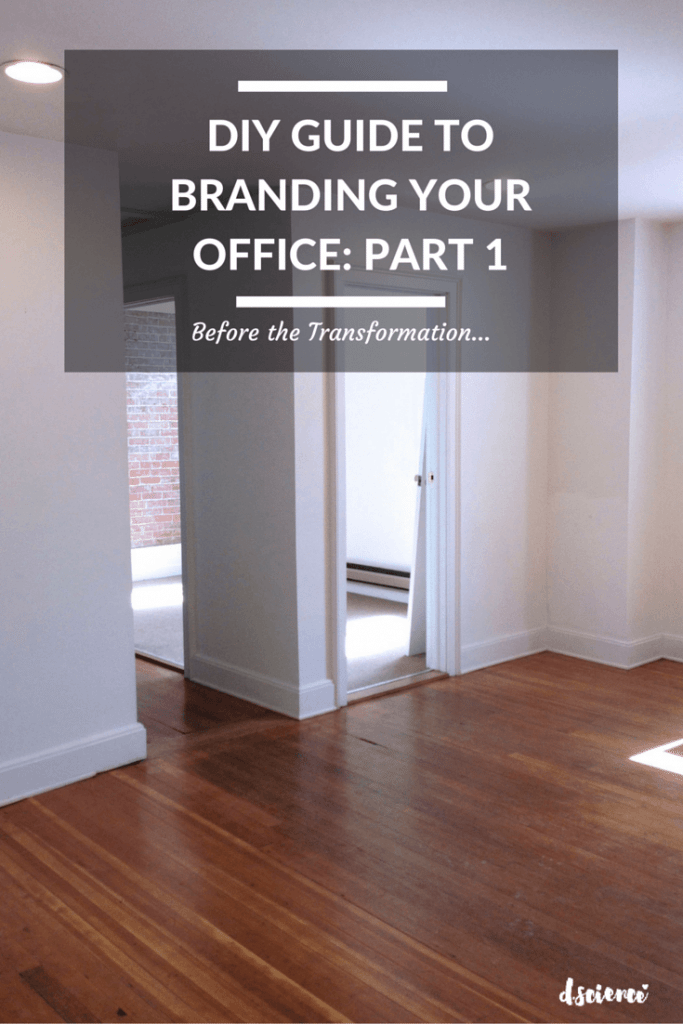 Okay so you want an office for yourself. You think the couch or the foot of your bed are not the most professional areas to work from. You like going to coffee shops, but you just long for that fun office to invite your meetings to and be creative in. Maybe you even feel like you’re more of a “real business person” with an office!

I don’t know that it’s the best decision for everyone, but at one point, d.science did have a schweeeet office. It was in our marketing agency days. It was pre-traveling and living out of a suitcase: pre-digital nomad.

We’ve been out of our office now for 18 months… and we love it!

There are definitely pros and cons to having a location. That’s up for you to decide.

Let’s start with the Pros…

The pros are—you HAVE AN OFFICE. And more than likely… you LOVE it!

The real question to ask now is… “Is it worth it?” 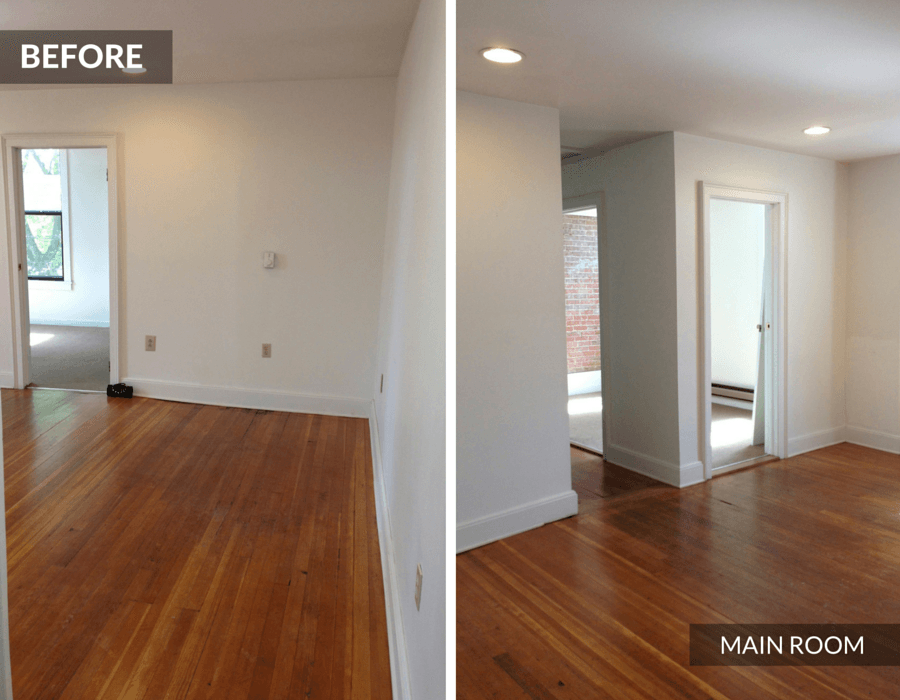 Your overhead was probably next to nothing before. After all, you HAD to pay for your bed and the room to sleep in anyway. After having an office, your overhead more than doubles. And to be honest… you probably don’t need it unless you have employees who absolutely can’t be remote.

In business, I’ve found that most people that could be digital nomads or online entrepreneurs—should be.

We found that our office (even though it was amazing!) kept us playing local, and small. Almost everyone goes through the stage of wanting an office and the experience of that level of success. Plus, it gives you a ton of external credibility!

If I were to do it again—I would say go the minimalist route. Though I certainly wouldn’t know that without having gone through the actions and spending all the overhead we did on the office! At this point, I LOVE being a digital nomad, and would not pay any amount to anchor into one location.

Give me my suitcase, my longboard, passport and a boarding pass, and I’m all good. 😉

Coffee shops and cafes with wifi are easy to find anyway. 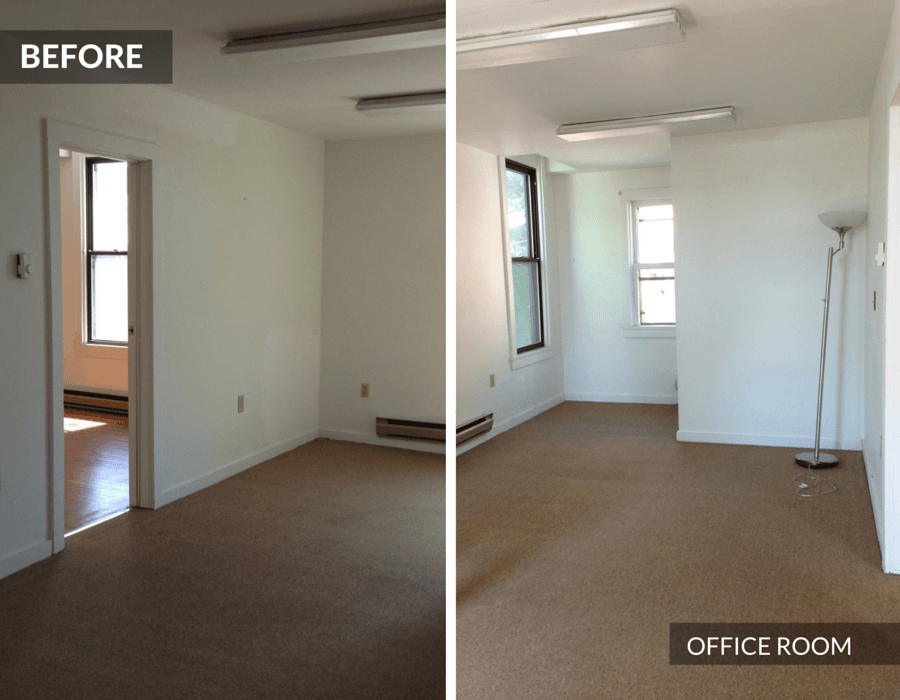 If you are about to start your office venture, be resourceful, and make it beautiful. There are tons of ways to DIY you office. You can easily build an entire experience around your brand.

If you’re willing to put some elbow grease into it, you can have a DOPE office that looks more like a giant playroom! And it will make your neighbors jealous… just be careful, because they might start knocking on your door more!

Seriously though, I had to lock the door just to get work done! When you have an awesome office, and people know it—they all want to come hang!

I love the space we created, and will share with you all the awesome-ness that transpired. I just wanted to give all ends of the spectrum, and to be honest with you. 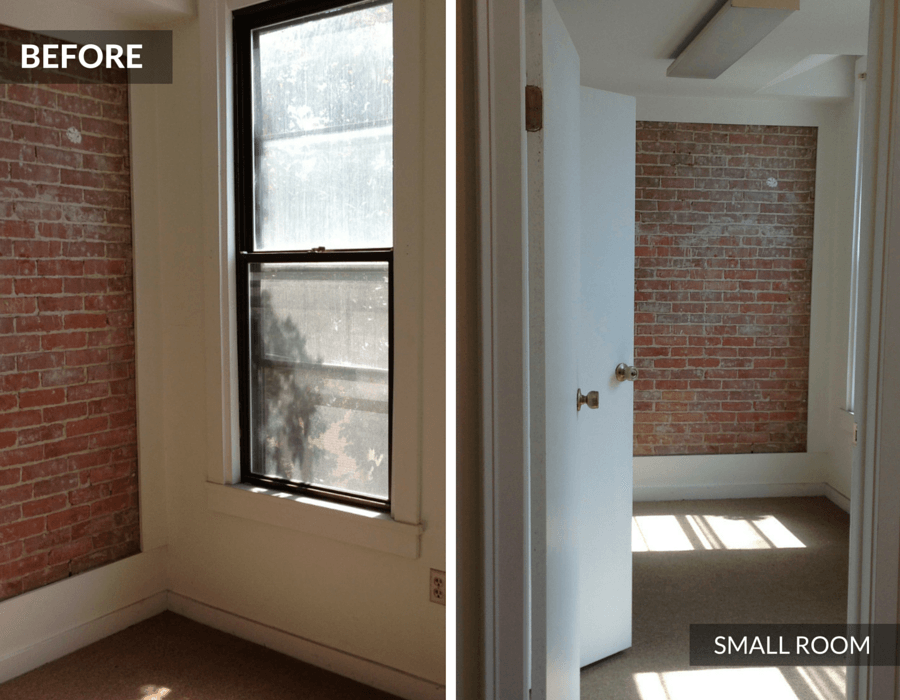 Our Quaint Office in Saratoga Springs…

I wanted an office for YEARS. I longed to have my own space, to separate work and life, and to show the world that I was really in business.

I thought I needed the office to do this! I know now, that I don’t, and it’s a lot cooler traveling around, working at coffee shops (rather than working in an office in a small town… even if it is MY office)—but… a dream is a dream. And I committed.

We scoured the small town of Saratoga Springs, NY and finally one day we found it.

The office space was small—500 square feet, but it had 3 full rooms. It was just off the main strip, right in the downtown area and was at a price point that I found reasonable or perhaps even under market value.

Plus, a small colony of Buddhist Monks occupied the space before we claimed it.

That was enough of a sign for me that this was the right place to start our mindful marketing practice!

The space however, is not what I would have called a palace, or anything that I necessarily would have been proud to work from or show off. It needed work. It wasn’t THAT BAD, just a little shabby.

The office was 2 large rooms, one small room (with two doors), a bathroom and a kitchenette. 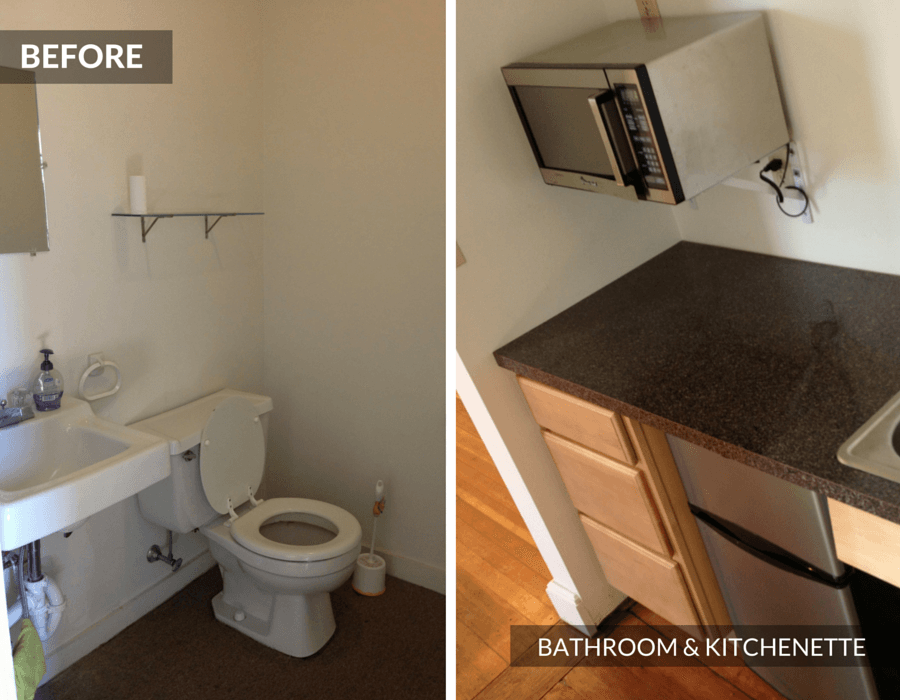 How to Make the Most of the Space.

First thing I did to be smart, was I called my client that’s an architect. I asked him if he would pop over and check out the space, just to let me know if there was anything I could do “design-wise” to make it stand out and reflect our values.

I was looking to use the space to its fullest extent. I wanted to create a branded experience that people would remember when they stepped foot into the d.science laboratory of awesome-ness.

Charlie the architect came over, and surveyed the space. In about 15 minutes we had a solid plan.

He said to use the middle room as a meeting or hang out room to make use of the space, and the other larger room as an office. He advised opening up the space by either knocking out a wall (as long as it wasn’t load bearing) or add a “cut-out” to the wall to open up the viewing area through to the other room.

He also mentioned that the smaller room with the doors would be really nice with glass doors (probably frosted) to let light into the rest of the space.

I loved the ideas and got straight to work.

We took tremendous care and attention to make sure were working in a place that best represented us. I wanted the office to be clean, feel bright and cheerful, inspiring and creative.

Most of all I wanted to make sure that it was different, and an experience that people would remember.

Well, the fairy godmother called “hard work” came along and transformed the space!

You’ll just have to tune into the next article to see the process and the results! I’ll show you all the process of transforming the space and then all the awesome AFTER photos (and give you the DIY rundown on how to make your own chalkboard and whiteboard walls for way less than you would pay for the paint at the store).

Have you had an office? What do you think of the office life versus the digital nomad life? Let us know in the comments!