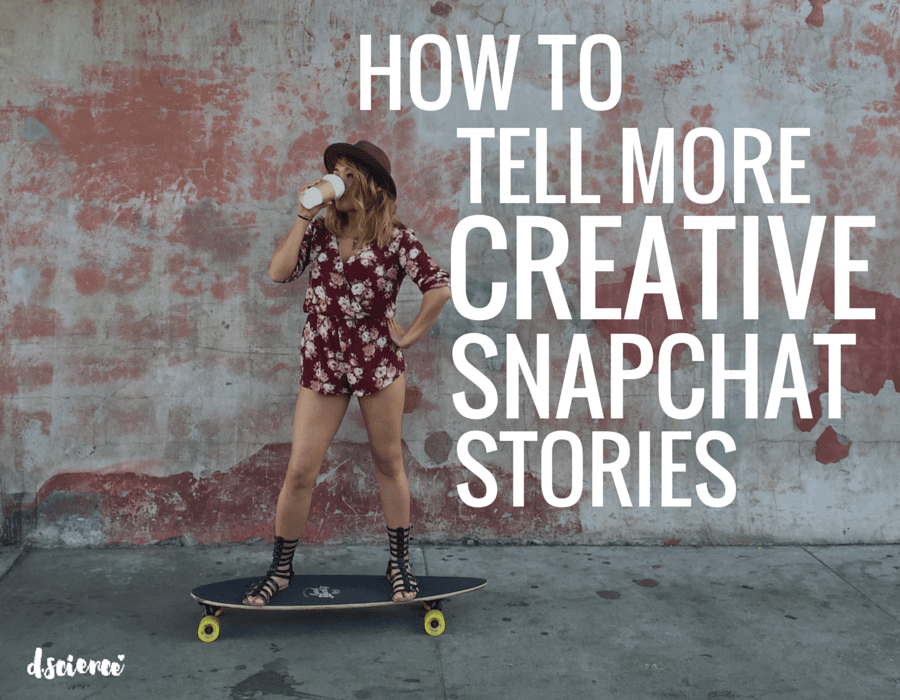 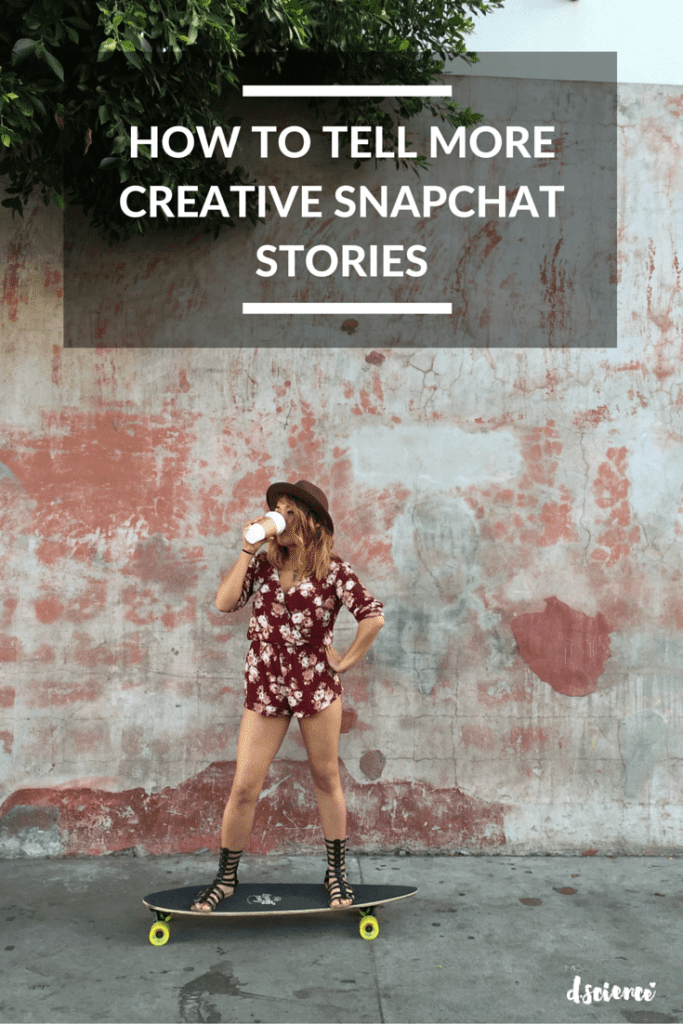 Being constantly creative is a challenge at times.

Snapchat by and large is not known as a super easy platform. Yes, the limitations and boundaries in the platform can actually inspire creativity. But, what happens when that creativity runs out?

The key is that you must find a way to constantly be creative.

I spend the majority of my time thinking up and planning creative Snapchat stories. Alas, I wanted to share some of my know-how with you. It should get your gears turning!

Practice with One Tool at a Time

Learning the interface can be a bit of a challenge. Especially when it comes to using the tools to tell stories. I always recommend people take one tool at a time and practice with that. Tell an entire story just using the drawing feature, the emoji feature, or the rewind feature.

Here are three examples of Snapchat stories with only one tool used.

Getting Dressed in Rewind:

Using Voiceover to Tell a Story:

Once you understand how to story tell with each tool, it becomes easier to tie them together.

There are not many ideas that are original. This is just life, with over 10 billion daily video views on Snapchat alone, someone has done your idea. That being said, stealing ideas for stories is highly encouraged. Some call it stealing, some call it idea appropriation.

Watch the top Snapchatters and see what they do for stories. Take ideas that you love and create your own version.

For example, CyreneQ creates amazing stories where she draws the background in her videos.  Using this idea as a basis, I wanted to create a similar type of story.

Enter, my Sonic the Hedgehog idea.

I am not going to lie, Vine is a great source to find some great content. Vine is only 6-second clips, therefore you can breeze through the content clips to find great ideas.

The original idea of the Sonic the Hedgehog idea came from a Vine where someone threw money against a wall and played the “loss coin” sound effect. That spurred the whole idea when I saw what CyreneQ did. I was hooked and had the entire idea ready to go.

Vine isn’t the only source of inspiration, Facebook and Youtube also are brilliant sources. If you are watching a Facebook video from a company page, you’ll receive suggestions to play more videos from that same source. Watch a ton of your favorite types of content in a row for inspiration.

If there is an idea you like, a creative shot, or even a phrase grab a notebook and write it down. Not the notes app on your phone, an actual notebook made out of trees. There is scientific evidence that writing notes down on paper lead to better memory retention.

I am also sure there is evidence to suggest that it also allows the free flow of ideas. When you write notes and ideas down and get them out of your head onto paper, more start to flow.

Storyboard all Your Ideas

I have a separate notebook just for storyboarding ideas. If you are an artist and can draw, draw out little pictures of the shots. I do not have those talents, so what I do is write out the shots and the screenplay. It’s almost like I am Vinny Chase on entourage reading a script.

This is actually what I did for the Sonic the Hedgehog skit I made. It isn’t anything special and took me a matter of 60 seconds to write it out.

Sometimes when you storyboard an idea or even a partial idea, it won’t work. When you come back later with more inspiration, you will be able to turn a mediocre script into something that kicks butt.

Every Story Should have a Start, Middle, and End

This may seem simple but so many people forget the basics of storytelling.

Before you start posting your snaps take a few minutes and figure out those three points.

+ How do you want to start the snap story?

+ How should you bring it to a climax or middle point?

+ How can you end the story and make it worth sharing?

Knowing what those points are you can easily fill in the rest of the story really easily.

I can not stress enough, the power of a transition shot in a story. For more on how to effectively use transition shots to tell a narrative look at the Kuleshov Effect.

Understand that the only “real transition shot” you can use effectively in Snapchat is the “cut” transition. That being said let’s say you are talking about going to the beach. If you add 3-4 shots in the story that show you opening the door, unlocking your car, putting your seatbelt on, and turning your car on. You have effectively shown me that you are in the car about to go for a drive.

When you arrive at the beach, I have followed the narrative as a viewer. It makes the story more engaging and exciting, instead of just instantly arriving at your destination.

Looking for stellar tips on how to use Snapchat and crush it? Download this free 9-day Snapchat mini-course! It’s a 9-day training delivered to your inbox 😉

Do you have anymore tips on how to tell more creative Snapchat stories? Let us know in the comments!