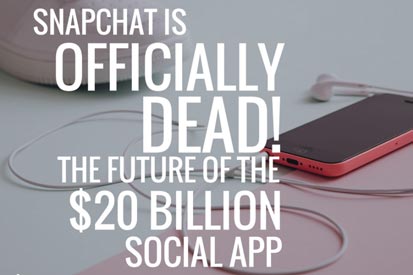 Snapchat is Officially DEAD! The Future of the $20 Billion Social App 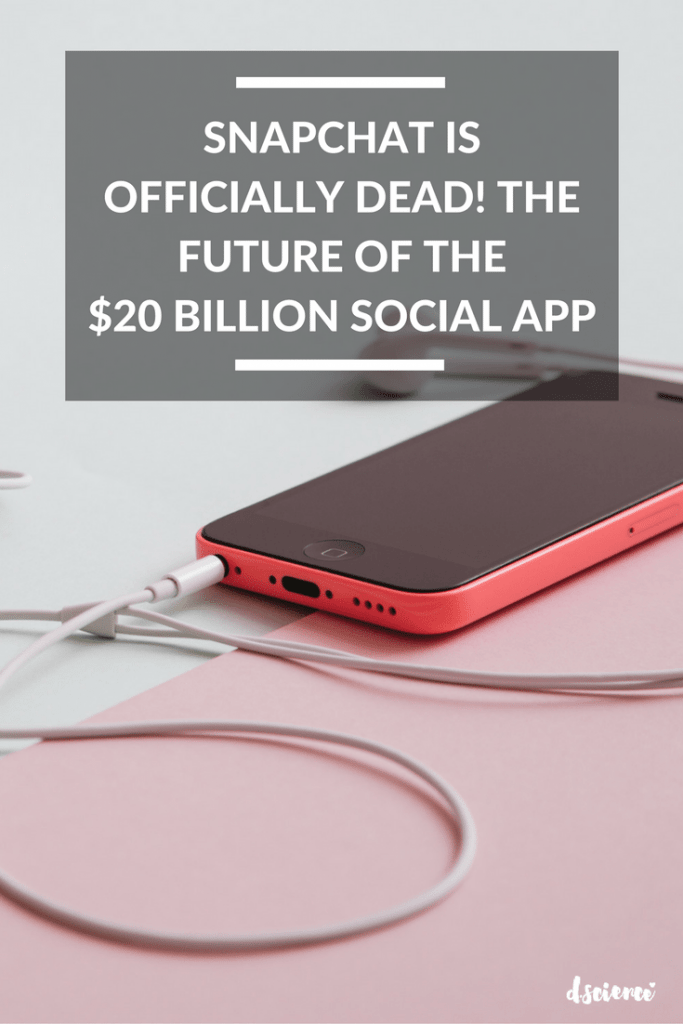 This rebrand comes at the same time as Snapchat announces their newest product called Spectacles. They are sunglasses with a built-in camera similar to Google glasses—except instead of costing $1500, they only cost $130.

They are designed to work as an effective camera to record 10-second videos for Snapchat. Not gonna lie, they look super fly too.

Imran Khan CSO of Snap Inc shared some reasons for the rebrand. “We rebranded our company to Snap Inc. because we are bigger than just one app,” Khan said. “Snap Inc. is a camera company—we believe that reinventing the camera represents our greatest opportunity to improve the way people live and communicate.”

Is the Future of Social Media is in Wearable Tech?

With the release of spectacles and a giant rebrand, all the social media experts are looking at Snap Inc. Did we miss something big or is there writing on the wall that we can’t see? Is the future of social media morphing into the wearable tech business? Are spectacles going to be a commercial flop like Google Glass?

Only time will answer these questions as we dive into the new world of integrated and wearable technology.

Google Glass might not have been a major success, but honestly, it was never intended to be. Google is a pioneer in all things technology and has the ability to create products that are commercial failures. Google valued at $498 billion, literally has more money than God (or the Vatican) at $8 billion.

Snapchat or Snap inc, isn’t in a position to launch major consumer products and fail. The last round of funding valued Snapchat at $20 billion dollars. That being said, there is a major difference between a valuation of $20 billion of a startup, and $498 billion of an established profitable business.

How Will the Market React to Spectacles?

The market dictates whether or not the product will last. Maybe the hype of spectacles and the brand equity of Snapchat will launch massive sales in the beginning. However, if the product itself sucks, long-term sales could stagnate or fall off.

We see this all the time in superhero movies. The trailer comes out for an amazing looking movie like Suicide Squads ( I am not gonna lie got me super hyped).

The producers and the studio made the But when the movie came out and sucked hard, Rotten Tomatoes score of a whopping 27. Sales dropped hard.

Will Spectacle sales be doomed to fail?

My initial thoughts on Spectacles are that they look cool but seem redundant and clunky. I am assuming that the glasses will be synced via Bluetooth. Personally, I’ve never been a huge “bluetooth fan” becasue my Bluetooth has never worked well. I have used many Bluetooth remotes to shoot creative Snapchat stories and they only partially work, infrequently.

Sure there are instances where having a camera on your head at all times is helpful. In all honesty, though, I am rarely NOT on my phone. I am the typical millennial who spends more time on their phone than talking to their significant other— #truthbombs. This is the case especially because I work in the world of social media where I’m constantly on mobile.

Is Snap inc, Scrambling to differentiate?

In one swoop, Instagram recreated all the uniqueness of Snapchat with their own release of Instagram Stories. The 24-hour disappearing content isn’t exclusive anymore to the ghost. Instagram seems to be the other major player is in town fighting for the teen market.

From a business perspective, a $20 billion dollar valuation is extremely high especially because their advertising platform isn’t fully developed. Even with a fully developed platform Snapchat and Facebook will be battling head-to-head for consumer attention. Is this a play by Snap inc to move into consumable products and away from social media.

It seems like in a way they are ducking out of fighting Snapchat. I certainly wouldn’t blame them, as famous strategist Sun Tzu once said, “He will win who knows when to fight and when not to fight.”

Maybe this is Snap’s attempt to not fight.

Honestly, I don’t know all the Snap Inc secrets, this is just my reactions to the announcement and the questions that arise. This is complete speculation because I don’t have the same information that Snap inc is working with.

The Ultimate Guide to Snapchat How to Get Your First 1,000 Views

How to Make Money as a Snapchat Content Creator

8 Ways to Become a Snapchat Master

The Paradox of Snapchat: Is it Worth My Time?

7 Reasons Snapchat Will Slap Instagram Stories Right in the Mouth

What are your thoughts on Snap inc, spectacles and the future of social media? Let us know in the comments!