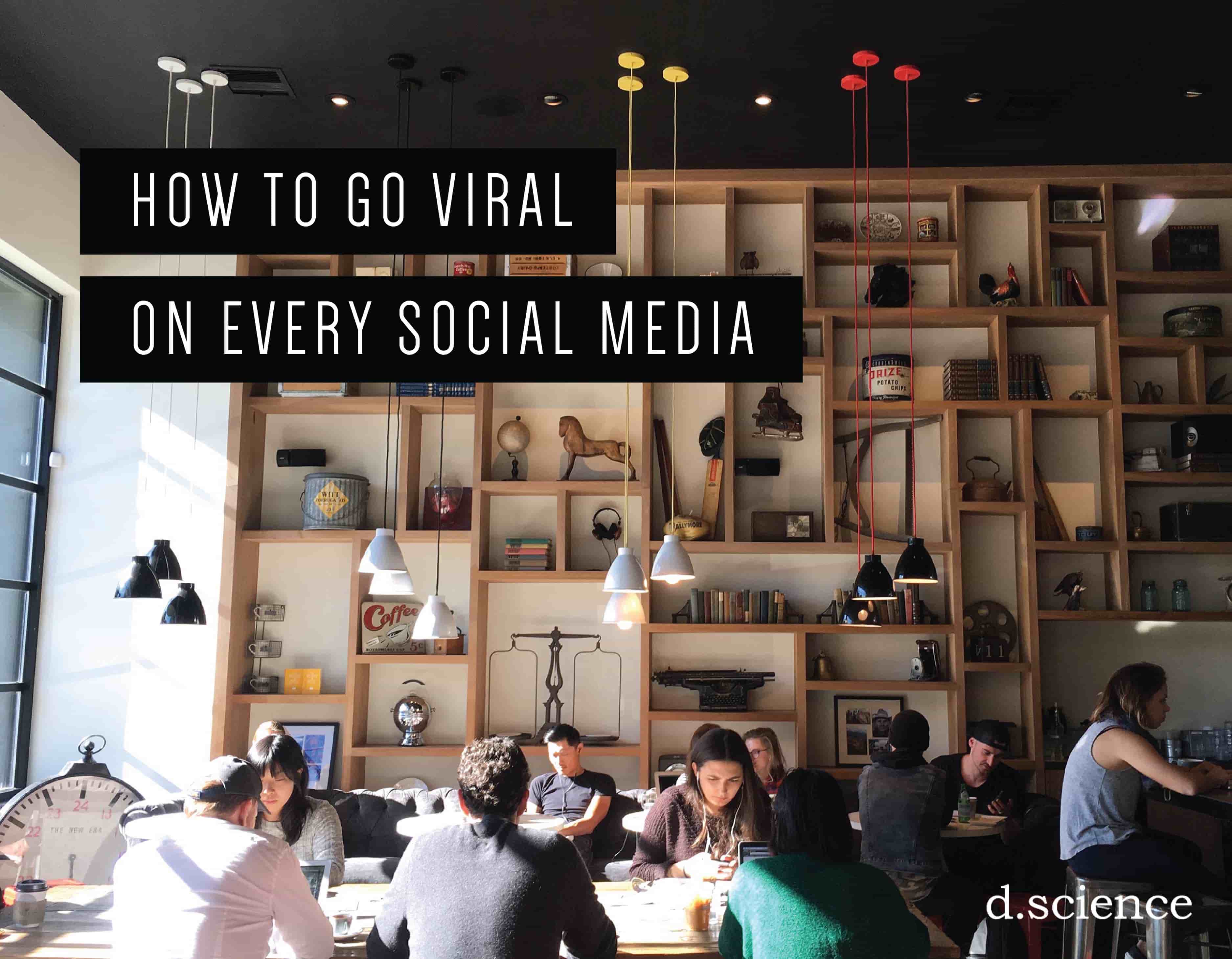 How to Go Viral On Every Social Media 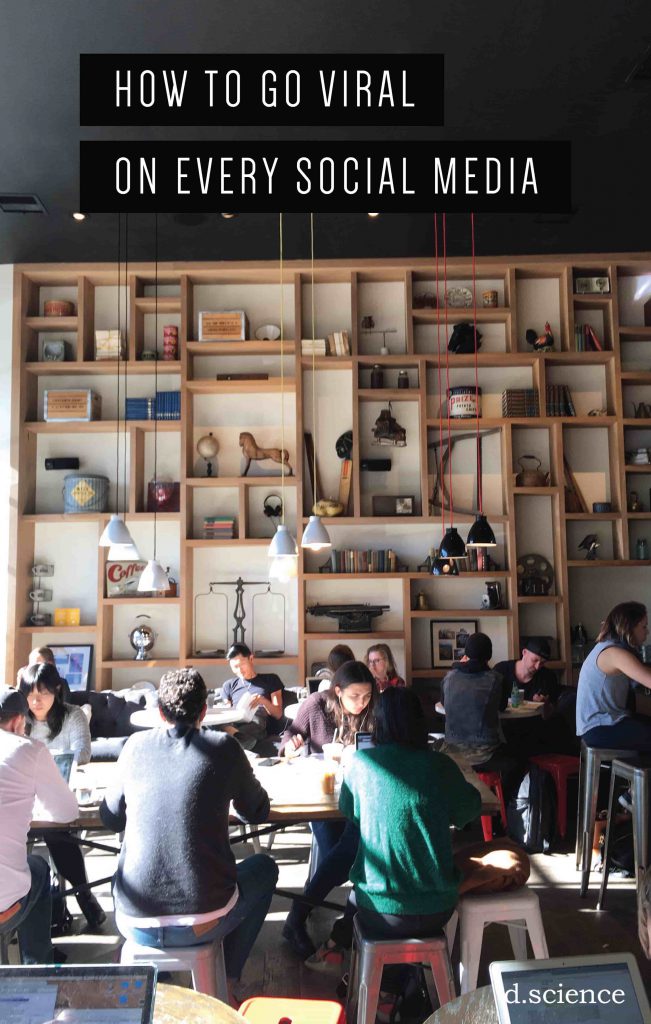 How to Go Viral On Every Social Media

Secondary disclaimer, we are going to talking about viral content. Viral content most of the time is the cause of controversy and discussion. This can at times elicits a very strong feelings. Please be respectful of others in the comments section but feel free to voice your opinion.

Youtube is the grandfather of viral videos. Between Psy’s Gangnam style which holds the Guinness book of records for first video to hit 1 billion views, to the latest viral video created by Man of the Year award-winning Youtube Casey Neistat, The $21,000 First Class Plane Seat.

This video garnered over 20 million views in 7 days.

Without a question Youtube videos are the holy grail of viral content. They combine everything a consumer could desire. In a video by Casey Neistat on his daily vlog he breaks down why that video goes viral.

What proceeded next was an outcry from the internet, asking why did the parents not pay more attention to the child. Why did the gorilla have to die instead of being tranquilized. Why media outcry was so great for a gorilla but when african americans are shot and killed by police there is less outcry.

The events and aftermath that followed include a fascinating look at internet culture. The whole breakdown of the events can be found on http://knowyourmeme.com/memes/harambe-the-gorilla

The end result was Harambe the gorilla, transcending from just another horrific or valiante act depending on your point of view. To a war of meme’s between outrage for an endangered gorillas death because of negligent parents.

And the equally enraged camp stating the child’s life was in danger.

To the internet grieving in the weirdest of ways using humor. 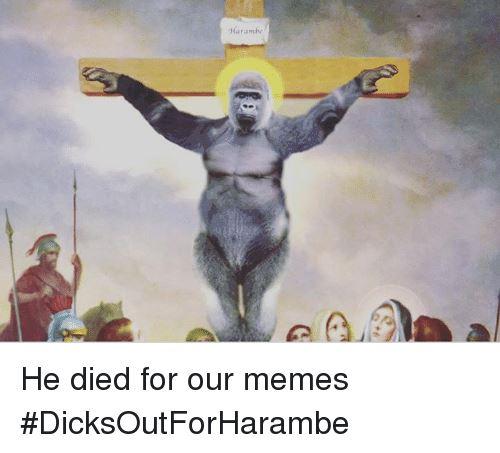 Harambe became the centerpiece of many debates and much public discussion. Plus the ever changing meme war made Harambe keep resurfacing long after the joke should have died. Hence the previous picture.

When trying to figure out how to go viral on every social media. Twitter is only possible by and large through trending news and controversy. It is all about timing and creating share-worthy content. Meme’s are a great example of this.

The only other way it is possible to go viral on a consistent basis is by leveraging the power of influencers. For instance, Youtube’s Philip Defranco was nominated for a Streamy Award and he asked his following to vote for him. He found out that each voter could vote up to 100x per day. Thus, he asked people to vote for him 100 times to help him win in the battle against Buzzfeed.

Knowing this, I voted for him 100x then tweeted a photo of my maxed out count, with a call for others to also vote.

Philip retweeted which to date generated 32 retweets and 320 likes. This is the full analytics report:

Twitter influencers can massively drive engagement and traffic. If said link was to my website, I would have 1,236 new visitors. This wasn’t huge, but it still goes to show what viral content on Twitter can do.

Facebook is unique because it is the only platform that has multiple ways you can go viral.

Since the mechanisms of viral videos are the same as Youtube and trending news is trending news, let’s focus on how small unknown business pages can create viral content.

Using our small Facebook page (dscienceinc), we shared an article on Facebook: 7 meditation hacks to relax your mind immediately. In the article we recommend a resource called Om Harmonics by Mindvalley.

OM Harmonics loved the article so much they shared it on their blog’s Facebook page: Finer Minds.

This exposed the article to 612,000 fans and generated 126 social shares. It also generated an additional 3,000 unique hits to our websites.

Instagram has a home feed that allows Instagram creators to get discovered. This is either algorithmically picked or hand picked by Instagram staff. My overall guess is a combination of the two. An algorithm probably does the majority of the work but some of the staff I am sure have a hand in it.

Instagram creators can get discovered and their photos can go viral. Instagrammer Melissamale has been featured on Instagram’s feed a number of times. This exploded her account from a small 4,000 followers when we meet her a year ago to an impressive 60,000+ followers.

She has learned what her audience likes, and creates fantastic pieces of art though photos.

can’t wait for all the brunch and coffee with friends this weekend! happy friday my loves. 😋🍴| #eeeeeats #onthetable #epistrophynyc

happy friday my loves! the awesome people over at @niche have selected me to be this week’s judge for their hashtag challenge along with @diannnnneee. that being said, we chose a coffee theme for the week (because duh). for the next three days, tag your coffee photos with #NicheCoffee and don’t forget to tag @melissamale, @diannnnneee and @niche in your posts so we can see them! we’ll start now and on monday, @niche will post the featured photo. only real time shots will be entered into the running. good luck! ☕️| #NicheCoffee #onthetable #eeeeeats

Emelina even had a number of Instagram pics go viral!

Here’s to adventure, to travel, to trying new things, taking big risks and jumping into your dreams. Took a flight this morning to NYC- I’ll be taking some sweet Insta shots through the city Monday and Tuesday – if you’re around hit me up! #newyork_ig #newyorkcity #flying #laxairport #jfk

Her feed is one of my favorites to look at as it is consistently great content.

The challenge with this process is it relies heavily on a hope strategy. You hope that the audience will like the content and that it will get on the main feed.

The other way to go viral is create a great piece of content and promote it tremendously. A simple way to do this is to share your images on other platforms like blog articles. This can drive some serious traffic to those images and generate new followers.

Pinterest is a great platform for going viral. The difference between Pinterest and other platforms is that Pinterest is really home to the infographic. A long vertical image that communicates a ton of information. By creating these infographics and posting them on your website and other social medias. You can generate a ton of social shares. 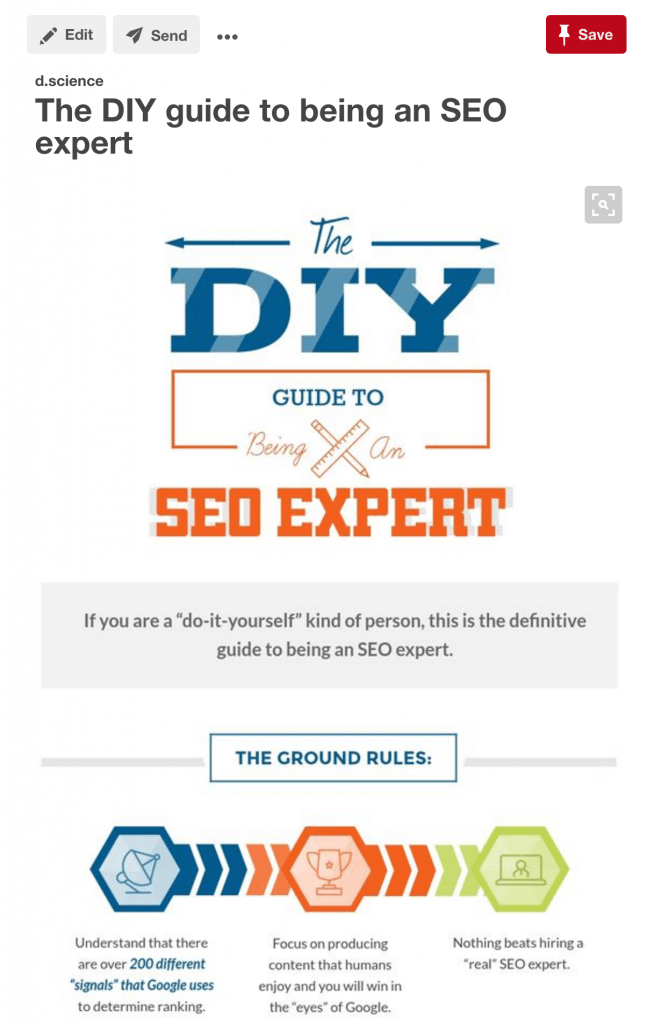 This infographic has been shared over 400+ times without spending a cent on advertising. It has generated also generated around 800 links to our website. Infographics and Pinterest are like peanut butter and jelly.

You can also advertise different pins to add to their virility. This pin performed very well when we first posted it. 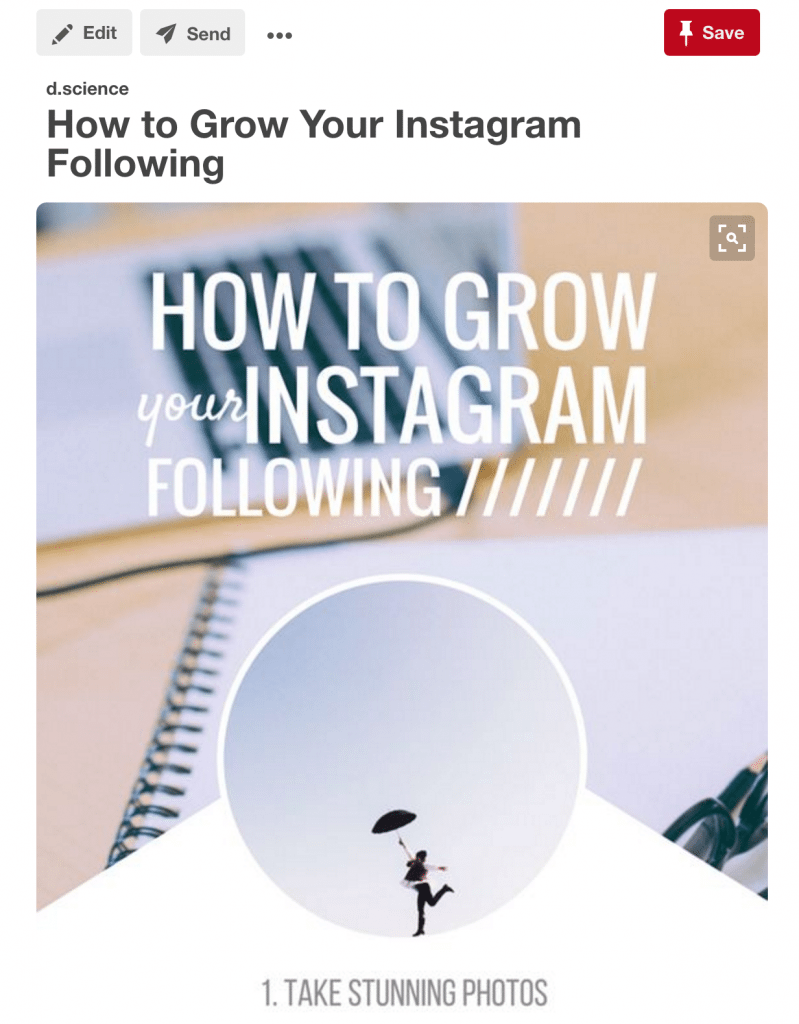 We spent something like $50 bucks to generate another 100 repins and 400 website clicks. Now it is one of our top performing pins generating us consistent traffic.

Musically is the latest social media that we have been experimenting with. It is a mixture of Vine and Dubsmash where users lip sing songs. Other users can like and comment on those songs. It is quite fun, and amusing to take part in!

Musically also has a featured feed where you can get discovered if you make great content. I have been featured 2x so far since writing this article.

As you can see by these two examples, my content is native to the platform. 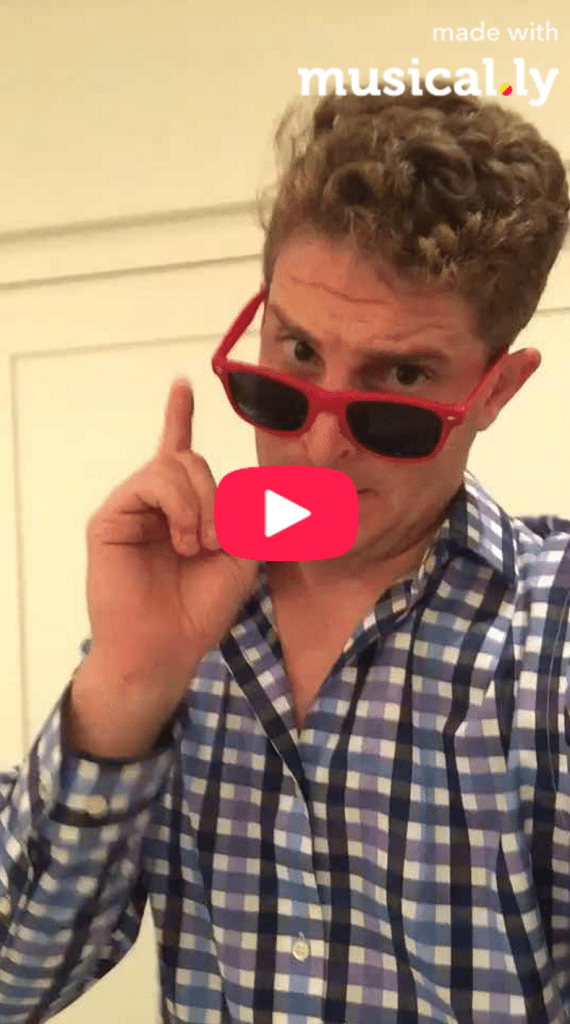 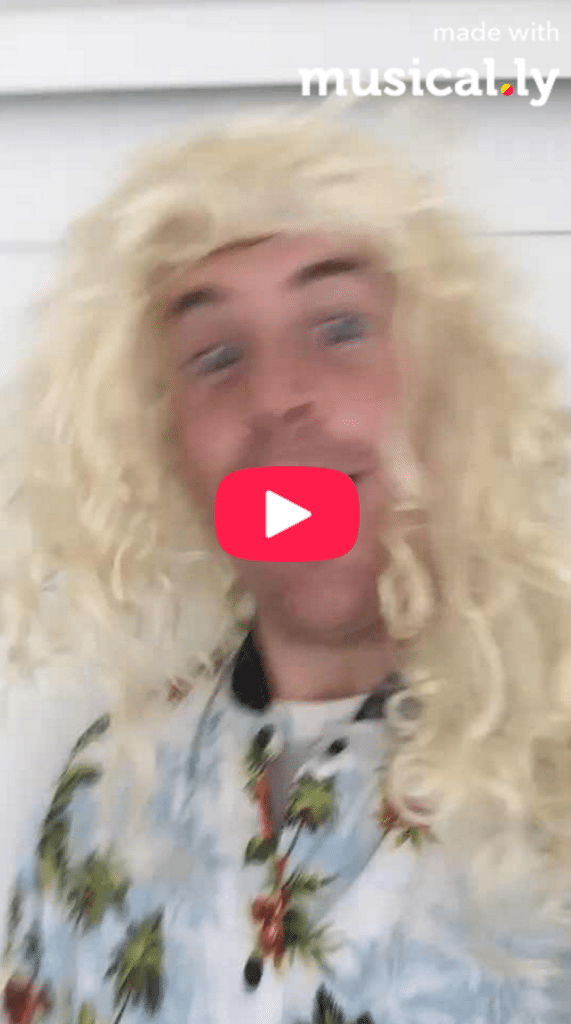 Musically is a great platform to build your audience if you are a musician, artist, or comedian. Right now, there is massive attention with the younger demographic and your ability to go viral quickly.

From all these examples we can deduce some great guidelines on how to go viral on every social media.

How to Get 10K Followers on Instagram in Under a Year

The Ultimate Guide to Snapchat: How to Get Your First 1,000 Views

Depth Over Width: The ONLY Social Media Strategy You Need to Grow Your Brand

7 Reasons Snapchat Will Slap Instagram Stories Right in the Mouth

Are there any more guidelines you would add on how to go viral on every social media? Let me know in the comments.