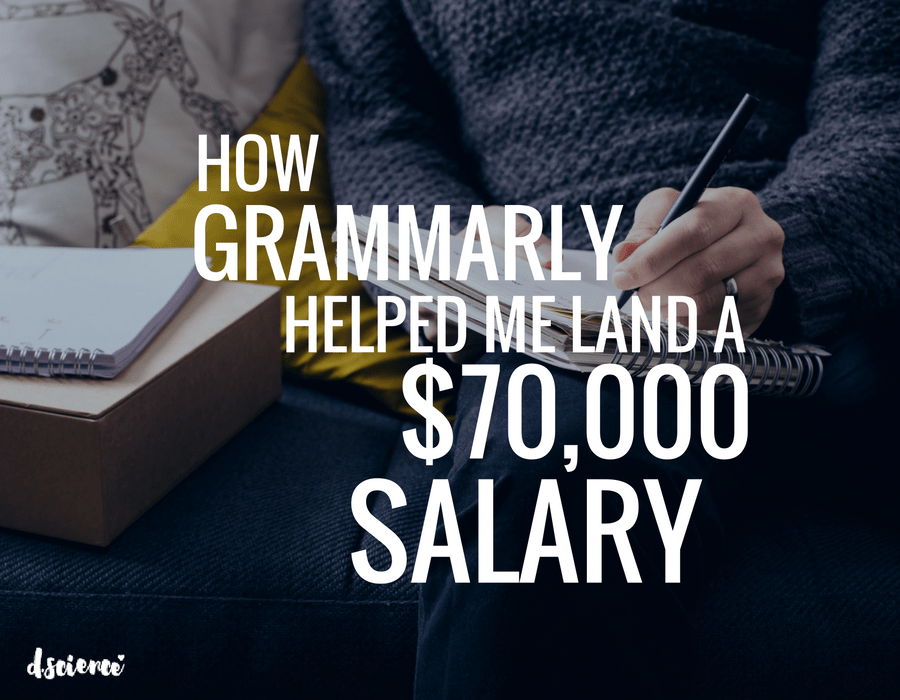 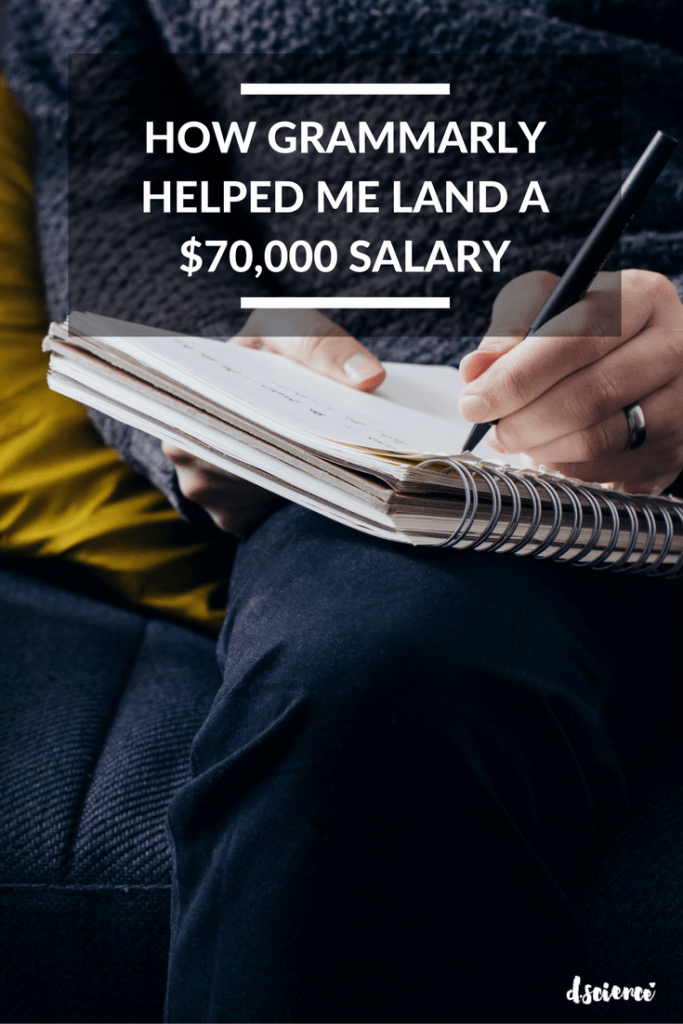 For those who don’t know, Grammarly can best be described as Microsoft spell check but on steroids.

It is a new service that is out that automatically checks your spelling, grammar, and many other aspects of writing. Best of all the service is FREE!

Of course, there is a paid version that gives you extra additional features. To be honest I have yet to upgrade but I am in love with the free version. But let me digress, and share with you the story of how Grammarly help land me a $70,000 salary. 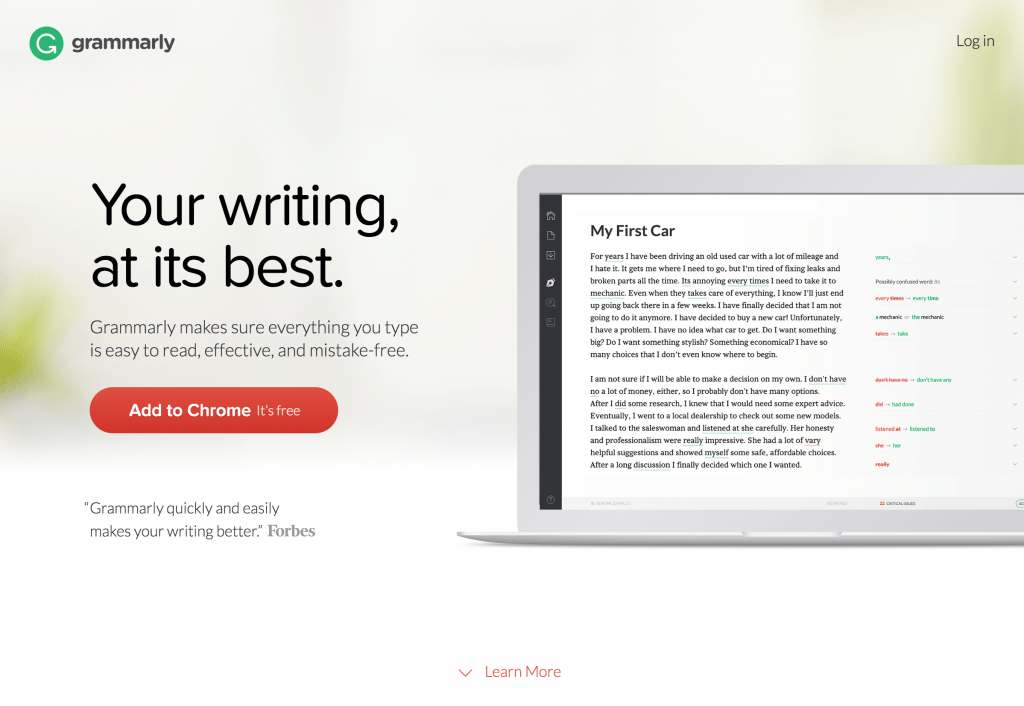 Once upon a time in a galaxy far far away called high school, our hero was labeled an outcast of the planet—English 101. He was such a bad citizen of this planet that he was sent to the far off moon called “remedial English.” This was a strange planet filled with creatures of strange origin.

How our hero arrived at this far off moon baffled and confused even the best of scholars. His reading and comprehension in the 7th year of education was that of those in the 11th year. Simply put, he understood what the heck was going on but our hero had a massive Achilles heel.

Like the great Achilles of old, he could be taken down swiftly with the right blow. That blow was his worst nemesis: GRAMMAR.

Oh, how he loathed grammar and his cousin punctuation. He could never get straight which witch was which. Whenever he battled his dreaded nemesis grammar, the ground, and his sentences would fragment under him.

But our hero would soon become victorious in his quest. Our hero’s white knight arrived by the name of Sir Grammarly of house editor. Through one swing of his mighty automated spell checker, our hero could regain his dignity.

Our hero soon started conquering the written word. He fought the evil which witch twins in an epic skirmish that lasted for 3 days and 3 nights. Emerging victorious our hero marched into the dread labyrinth of your… or is it you’re? In the dreaded “labyrinth of your,” our hero was pursued by the Minotaur of passive voice.

Charging headlong past the Minotaur of passive voice our hero approached the dreaded castle of authority blogging and dominated their defenses. Capturing castles all throughout the land including small business trends, business2community, Tut, YFSmagazine and many more.

After claiming these castles and adding them to his ever-growing empire. Our hero was approached by a new king. That king asked our hero to help grow his kingdom and of course that king offered a healthy bounty in exchange. Little did that king know our hero would never have been able to achieve such great deeds without the help of his trusty white knight… Grammarly.

That my friends is how Grammarly helped me land a $70,000 salary.

Write better with Grammarly: Sign me up for Grammarly!

Editor’s notes: I am an affiliate for Grammarly, if you pick up the tool I get compensated at no additional cost to you. Just a nice way to support me if you so choose too.