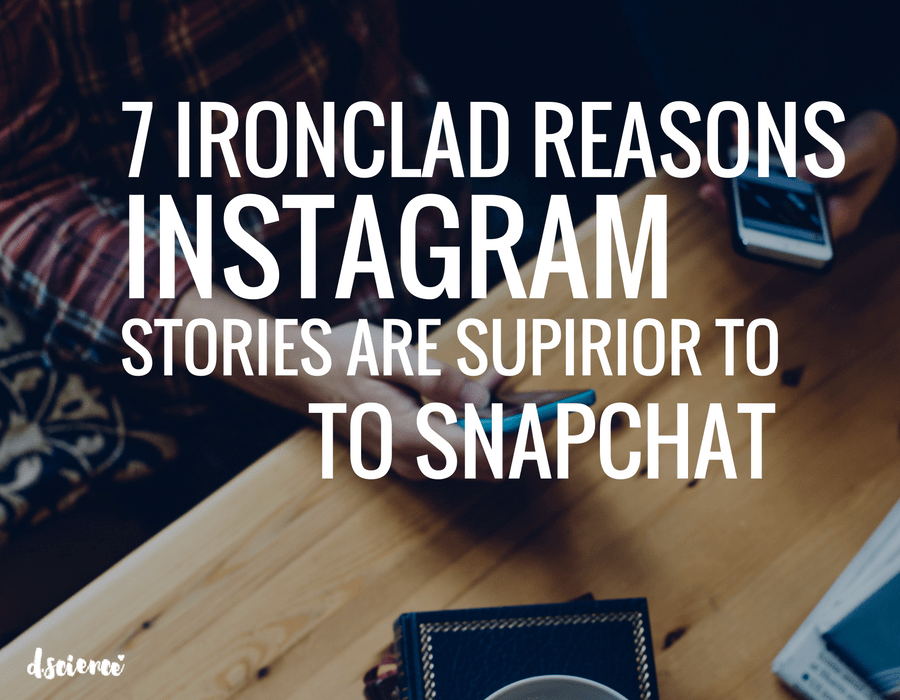 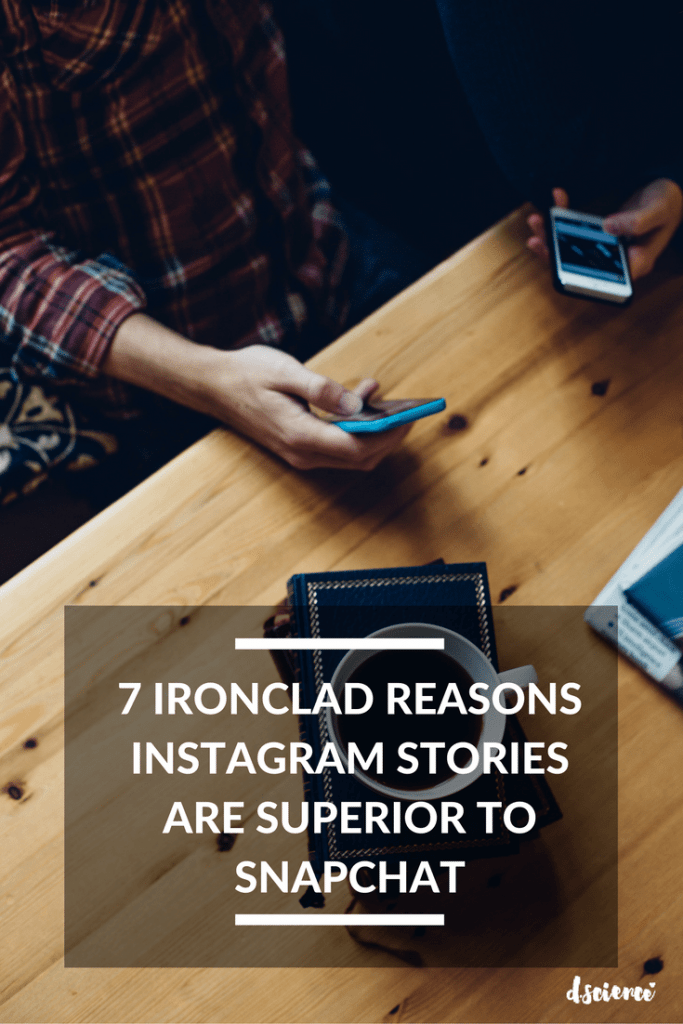 Instagram’s new story feature is making a massive buzz in the social media and tech world. It is a clear attack on Snapchat and its massive audience segment. The Instagram audience has slowly but surely been fleeing over to Snapchat. Snapping away, sharing content, and spending more time on Snapchat.

Instagram’s new story feature is an attempt to stop the leak and keep users on their site. Instagram has 7 ironclad reasons why their stories feature is superior to Snapchats.

Brands and users have been building their Instagram community for a much longer time than Snapchat. Most brands have only recently looked at growing their Snapchat audience in the past 6 months. However, Instagram audiences have been growing since 2010-12 and massively exploded at the start of 2015. 2015 was when Gary Vaynerchuk said to go “all in” on Instagram.

If you took Gary Vaynerchuk’s advice and went all in on Instagram in 2015, you could easily have over 10,000 followers. Instagram influencer Emelina Spinelli did just that.

Growing your Instagram audience isn’t difficult at all. According to Emelina Spinelli’s free Instagram training, there are 4 daily habits that generate a ton of followers.

Instagram unlike Snapchat is a system that can be “gamified.” If we do certain daily activities we can see consistent daily growth. 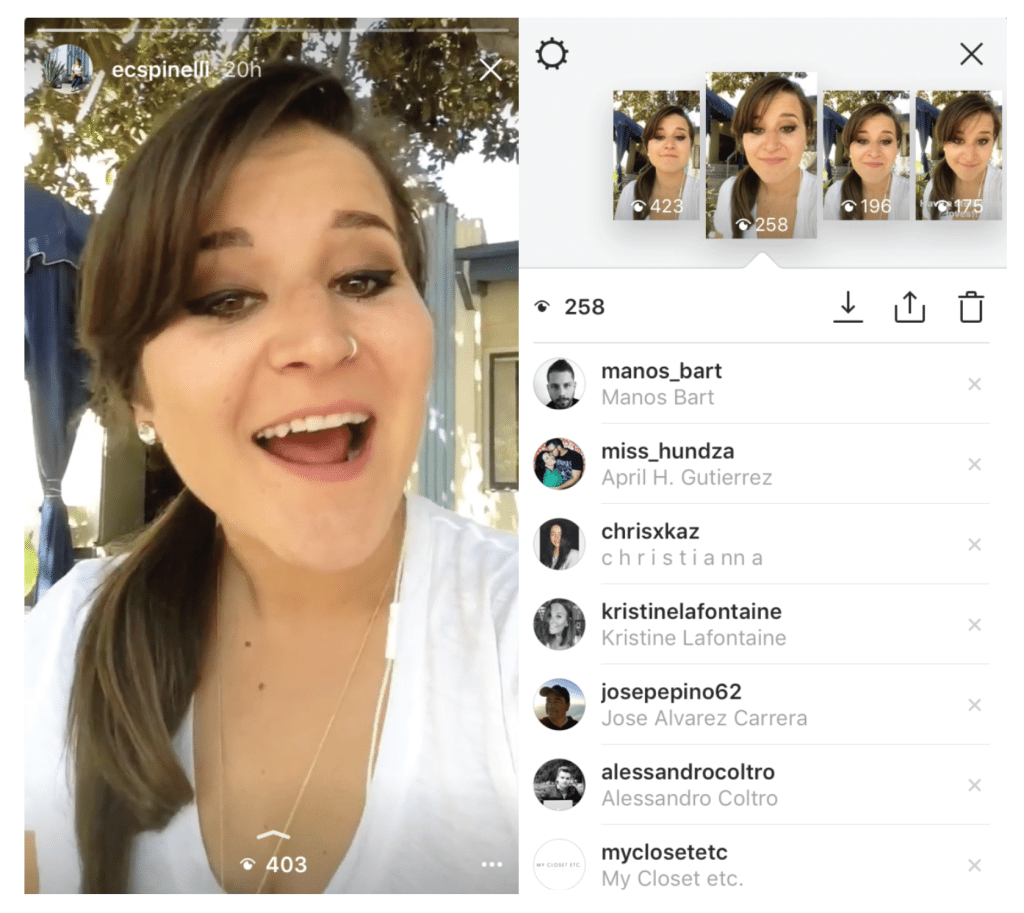 If you have never used Facebook/Instagram advertising then I would highly suggest checking out Jon Loomer’s blog for everything Facebook. He absolutely kills it, and gives some of the best training around.

If the Instagram stories play, is successful and Instagram keeps the Tween market, Zuckerberg will have all markets segments fully covered. He will own a monopoly on the attention economy, the eyeballs of all users will be in his platforms.

Influencers have a clear strategy laid out before them and the attention of their users. Influencers help retain users to a platform. We go to Youtube to get our news from Philip Defranco than jump on Periscope to watch Geoff Goldberg give us a live tour of NYC.

These Instagram influencers are a vital part to the Instagram game. They now don’t have to leave the platform and move over to Snapchat to build their audience further. Instead they can craft their “Snapchat stories” right on Instagram.

Snapchat’s interface is confusing as fuck if you didn’t grow up with it. Douglas Adams has a rule when it comes to technology.

“I’ve come up with a set of rules that describe our reactions to technologies:

For those aforementioned souls 36 years or older. Snapchat’s interface is against the natural order. But Instagram’s interface seems much cleaner and more natural. There is much less to do and makes intuitive sense.

Unless you spend massive amounts of time in Snapchat or take a course, the interface will take forever to learn. It seems unnatural, and you will want to stick to the familiarity that is Instagram. 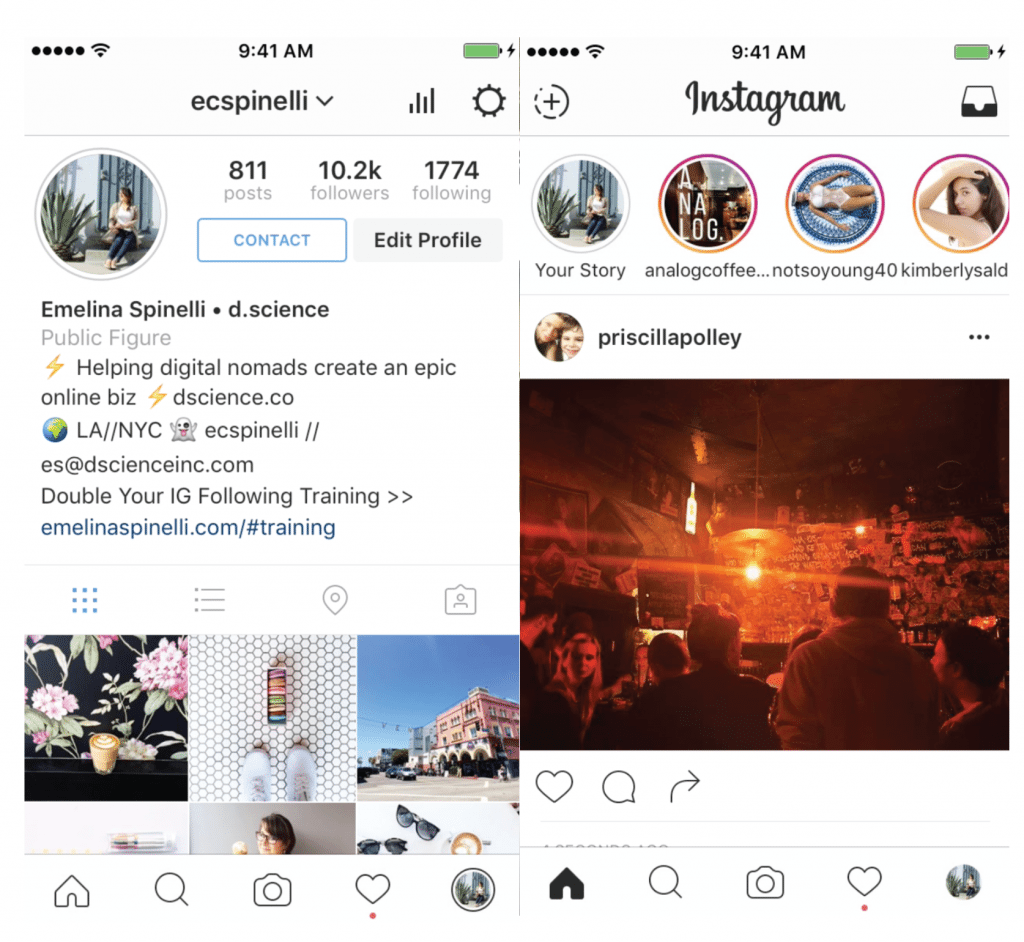 Facebook/Instagram… should we just call it Facegram? Either way, the Zuckerberg corporate goliath has monetization down. That massively powerful advertising system we spoke of works two ways. Not only does it keep Facebook’s ledgers in the black, it also makes it clear for brands to measure the ROI.

When you know that $100 of advertising with Facebook nets you $450 in sales. It is not only easy to continuing investing in the platform, but creates a desire to feed the beast more.

From personal experience, it is an addicting feeling watching those sort of daily transactions. You get excited by how much Facebook charges your credit card because you know that it will generate much more long term.

Snapchat on the other hand doesn’t have a clear and effective monetization strategy. Sure, you can create a cheap custom Geo-filter for your event. If you are a big brand you can splurge and spend $750,000 on a nationwide geofilter. But measuring the ROI is much harder on Snapchat.

My newly verified buddy Brian Fanzo better known as isocialfanz made a geofilter that generates 100,000 impressions for $32 bucks. This is a stellar ROI in terms of eyeballs, but is a much more difficult to track down to how much more business he generated.

Overall, Instagram might not be successful in their attack on Snapchat. That being said I see 7 ironclad reasons why their stories feature is superior to Snapchat stories.

What are your thoughts leave them in the comments.

I will be sharing the reasons why Snapchat stories are superior in the next article.