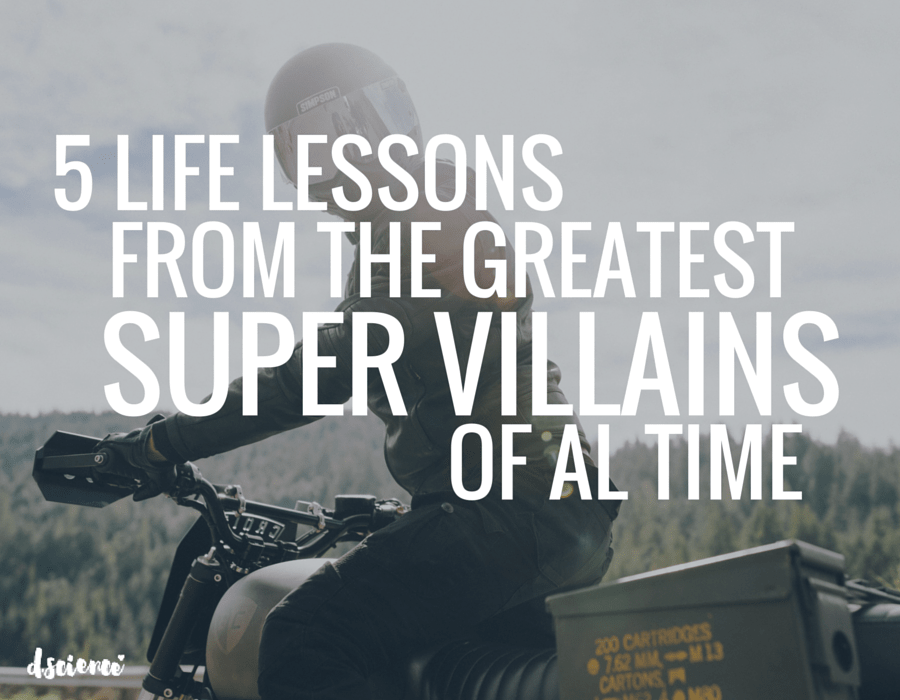 5 Life Lessons from the Greatest Super-Villains of All Time 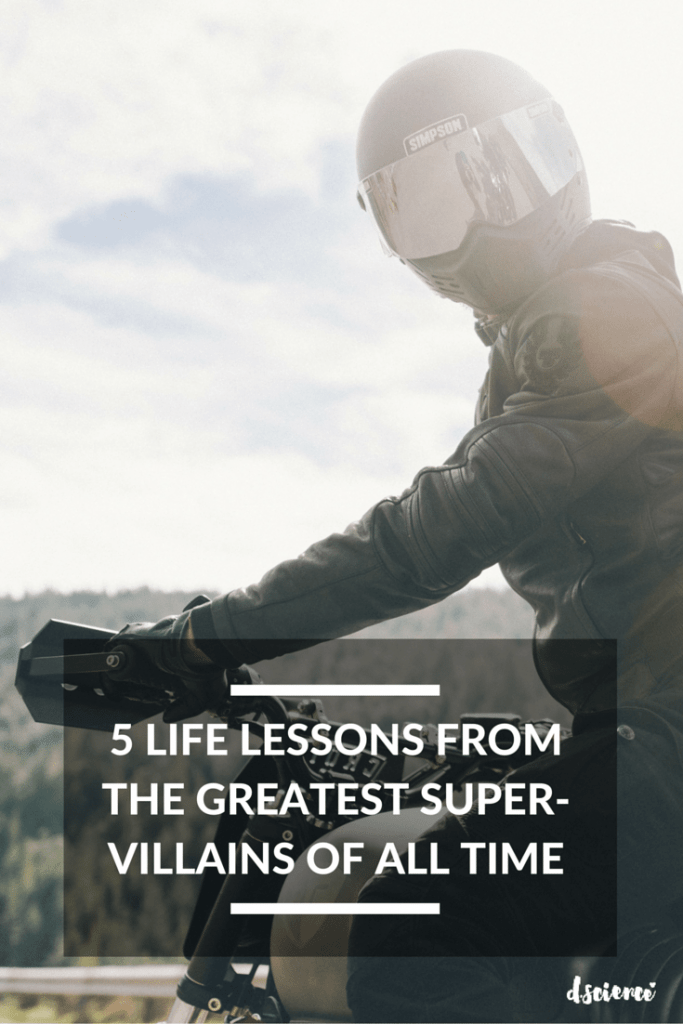 5 Life Lessons from the Greatest Super-Villains of All Time

Captain America, Thor, Ironman, and all the avengers are cool. But you know who is 10x better? All those super villains who are vastly more complex of characters. Of course, them being hell-bent on destruction of the human race sucks. That being said, they all have redeeming qualities that make great life lessons from these super-villains.

Over the years of reading comic books I have picked up 10 life lessons from the greatest super villains of all time.

Not everything is as it seems! The megalomaniac god of illusions and trickery is by far one of my favorite characters. Loki has a deep, complex backstory, crazy dance moves, and the ability to impersinate anyone to boot https://www.youtube.com/watch?v=kXViNegXPTk!

One thing I have learned from watching this character is not everything in the world is as it seems. Reality sometimes is merely an illusion and our own self awareness is the magic spell to pierce said illusion. Master the art of knowing yourself and you can see the spells and enchantments cast on others. 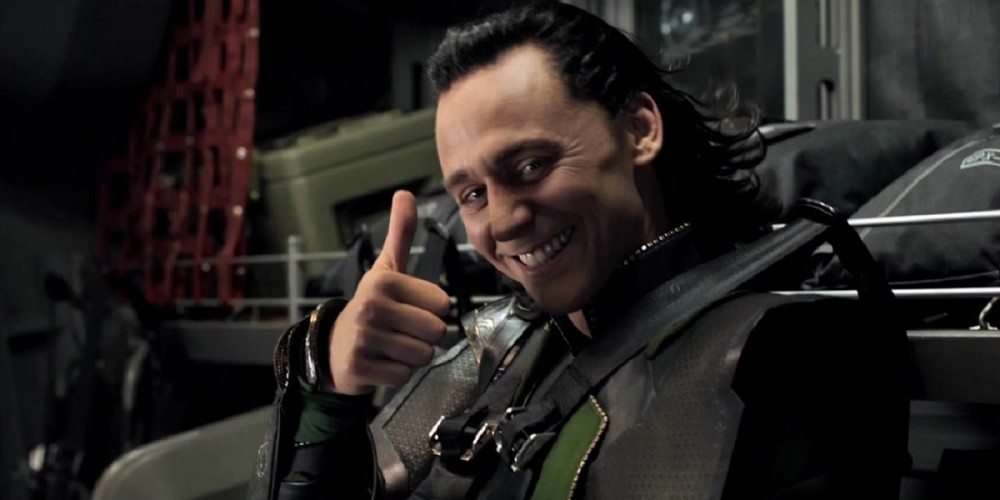 The Fantastic Four’s greatest enemy is also the ruler of the country of Latvia. You may not like Dr. Victor Von Doom, unless you live in Latvia. Dr. Victor Von Doom used massive amounts of inventions, and his massive intelligence to turn Latvia into a thriving nation.

Victor is by no means a good guy, but he does care deeply about his country and followers, as you should too! No mortal can achieve greatness by himself or herself. They must respect, protect, and give to their following.

Magneto is one of the most infamous and powerful super villains of all time. Growing up as a Jew during the holocaust, Magneto has seen the worst of humanity. He understands the need to protect your species and he sees mutants the next step in human evolution. Magneto understand more than anyone that the cause of survival is bigger than any one man or woman.

Granted, the destruction of humans and survival or mutans is a terrible cause. That is also because I am inherently biased, as a mere mortal.

That being said, Magneto is an incredibly charismatic leader that inspires loyal following to the cause.

How to describe the man known as Kingpin? He’s a mobster, bodybuilder, and criminal mastermind. Kingpin grew up being bullied for being fat and weak. This became the motivating factor and spent the years training his body and his mind. Kingpin learned how to figure out others motivation and get them to do as he desired. Of course this was for his nefarious purposes and schemes.

That being said, we should all master training our minds, bodies, and emotional intelligence.

Galactus is beyond good and evil. He is the balance between eternity and death. He has the power to create, and destroy. Galactus was once a man before the Big Bang happened. Now he is the destroyer of worlds. This is not because of malicious intent but more as a force of nature.

For every action in life, there is an equal and opposite reaction. Like Galactus we must be the balancing force in our lives. Stay balanced, keep moving forward. The world will not stop, and balance is something for which we strive.

The collector is an eternal being. He once saw what will cause the end of the world and to prevent this, he has been collecting rare and powerful items, beings, and everything else. This might also just be a way to amuse himself since eternity is something he actually has to deal with.

The collector has many, many schemes, plots, and gambits running about. That being said, he is a patient man, alien-thing. He knows time is on his side and as such will let events play out.

Time is not infinite for us mortal playthings. That doesn’t mean to rush into life half-cocked. Almost everything in life takes a long time to achieve. Learn to play the long game, don’t rush into life. Approach life like a marathon and continue to strive to be better than the day before.

Ok Deadpool isn’t a super-villain. He is an anti-hero. But seriously, how do we not talk about a Merc with a mouth? Deadpool or Wade Wilson is forever seared into the pop culture hall of fame with the Deadpool movie. For us hardcore comic book geeks, he was always a pop culture legend.

Deadpool has taught us many amazing things one of which is to NOT crotch-punch Colossus unless you have massive regeneration powers. 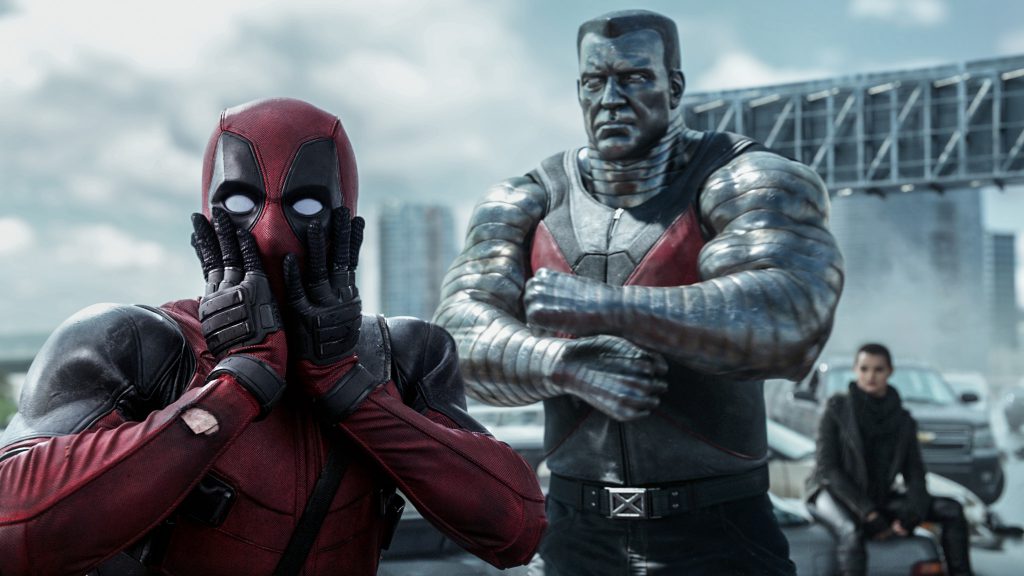 Baring encounters with Colossus man bits, the other life lesson to take from Deadpool is humor. The merc with a mouth is most famous for his “agency,” or knowing that he is a comic book character. This helps him not take his life or his situation to seriously, and by proxy he creates comedic gold!

While we are not comic book characters and should take life a little more seriously than Deadpool—we should have the ability to laugh at the situation and find the humorous side in everything. Life is just better if we get to laugh all the way though it.

Those are 5 life lessons I learned from the greatest super-villains of all time. Anything I missed? Leave it in the comments!